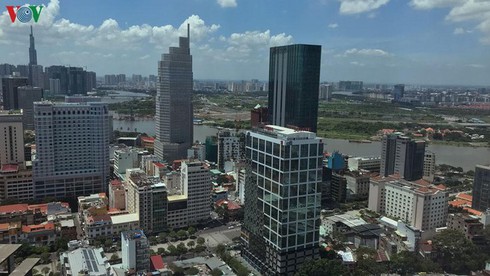 HCM City's real estate market, especially apartment segment would continue to fall into hardship during 2020 due to tight credit into real estate and red tape related to investment and construction procedures for housing projects.

JLL Vietnam added that strong apartment demand in the city is set to carry on and will boost the price further across all sectors. However, the demand in high-end segment, especially from investors, is likely to slow down in long term as their already-high price level and low rental yield make it a less attractive investment.

Dr. Su Ngoc Khuong, a real estate expert, said that the HCMC real estate market, especially apartment segment would continue to fall into hardship during 2020 due to tight credit into real estate and red tape related to investment and construction procedures for housing projects.

JLL reported that the sustained demand for apartments continued in the southern city, yet sales in the fourth quarter of 2019 halved on year, mainly due to limited supply caused by ongoing restricted approval procedures. For the entirety of 2019, sales totaled more than 30,000 units, albeit 35 percent lower than the peak year of 2017, still 5-6 times more than 2012-2013 downturn period.

Mid-end projects with a launching price of US$1,200-1,700 per square meters remained the top performers, accounting for 70 per cent of units sold in 2019 as they were situated in good locations, offered a wide range of amenities, while still had large room for price increase, attractive to both owner-occupiers and investors.

After an exceptional quarter with more than 10,000 units from the Rainbow phase of Vinhomes Grand Park project launched, the market returned to quiet mode with only 3,600 units officially launched in the fourth quarter of 2019, a result of the prolonged approval process.

In the fourth quarter, the average price reached a record high of nearly US$2,900 per square meters, up 78.2 percent on year and 39.8 percent on quarter.

This exceptional improvement in price was mostly driven by most projects with lower prices were sold out, the basket was therefore left with those with higher-than-average price; and developers having projects launched in the quarter had more confidence in pricing given the tight supply. Meanwhile, the chain-linked rise by 22.9 percent on year and 1.7 percent on quarter, driven by sustained demand. VOV

icon
SOE equitisation slow this year due to COVID-19
icon0

icon
In new normal, businesses are afraid of ‘sub-licenses’
icon0