While government officials attribute the high pork price to the low supply caused by the African swine fever (ASF), experts say they can see signs of oligopoly.

Despite the great efforts by the Ministry of Agriculture and Rural Development (MARD), including the import of pork and live pigs, prices still have been at sky high levels for the last year. 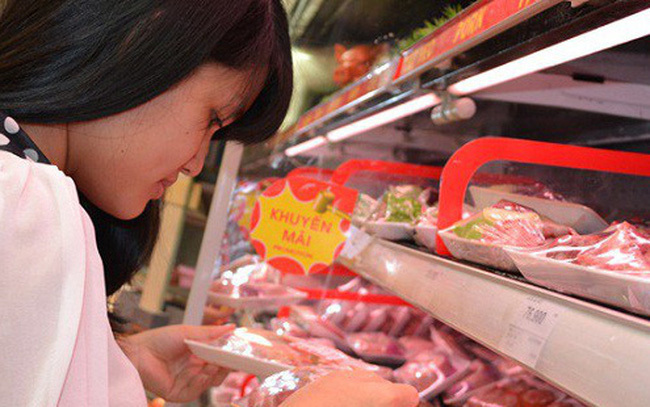 MARD Minister Nguyen Xuan Cuong explained that the supply has become short because of ASF. However, the public has become angry about the explanation, saying that petty merchants have pigs to sell in the market every day, but at very high prices.

“Nearly 6 million pigs were culled because of the epidemic. The number of pigs in the country has decreased by 20 percent,” Cuong said at the ongoing National Assembly session.

As the pork price is high, Cuong advised people to diversify their food and choose chicken, shrimp and eggs instead.

“You cannot tell people to eat chicken instead of pork because of high pork prices. Please weigh solutions,” Giang said, adding that administrative orders did not lead to pork price decreases as expected.

Vu Vinh Phu, former deputy director of the Hanoi Trade Department, pointed out that profits made by livestock companies are very high. If they sell pigs at VND75,000-80,000 per kilogram, they make a profit of VND2-3 million.

Also according to Phu, the problem lies in an oligopoly: there are only 15 large pork supply companies in a country with 100 million consumers.

Every kilogram has to go through 6-7 intermediaries before reaching consumers. This also makes retail prices high.

The triangle-link among farms, slaughter houses and retailers, which is believed to be the ideal model for the livestock industry, doesn’t exist in Vietnam. Some big farms with overwhelming number of pigs join hands to control live pork prices. They reportedly help affiliated companies and petty merchants push the retail prices up in the market.

“State management agencies have been trying to force the prices down right at the supply sources and they seem to forget distribution and retail,” Phu said.

He pointed out that the pork price increased by 40-60 percent when going from farms to retailers. This means that merchants, slaughterhouses and retailers pocket 10-15 percent of the prices. Retailers are believed to make fatter profits: some supermarkets require high discount rates of 20-30 percent from suppliers.

The price of pork in the domestic market has been experiencing a downward trajectory in recent days after the Ministry of Agriculture and Rural Development (MARD) granted permission to local firms to import live pigs from Thailand.

The price of live hog in the Vietnamese market decreased recently after the Ministry of Agriculture and Rural Development (MARD) allowed imports of pigs from Thailand.