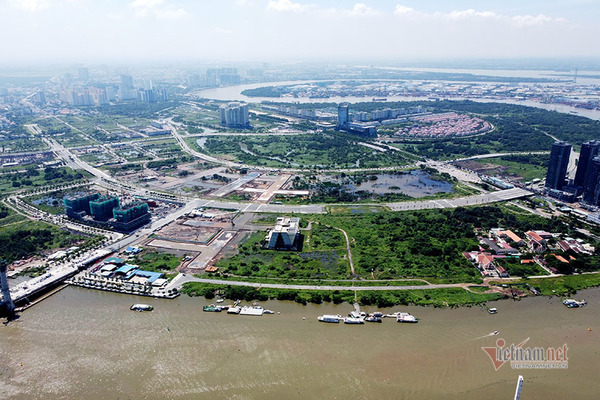 HCM City is going to open metro line No 1 next year and is preparing to build other metro lines. The underground construction space planning and supplementation of a number of other underground space points are necessary to effectively operate the subway routes and public passenger transport.

It would be unreasonable if HCM City plans urban underground space for the two areas before general planning, because there is no basis to determine the conditions for connecting the underground works to the entire urban area.

Therefore, HCM City needs to create a new underground space planning first or integrate the planning into the project on the general planning adjustment it is implementing.

According to the HCM City Department of Planning and Architecture, the project on general planning adjustment by 2025 was approved by the Prime Minister in 2006. This was submitted for appraisal before the Law on Urban Planning and the decree guiding the implementation of the law took effect, when there was no study on underground space planning.

The underground space programming shown in the subdivision planning (scale 1/2000) for the 930 hectare central area and Thu Thiem new urban area is simple, only showing the locations, sphere and connection points.

The programming is just preliminary research, which cannot meet the functions, linkages and exploitation value requirements that are needed to call for investment.

However, there is still no legal basis to draw up a separate urban underground space for these two areas.

The department has proposed organizing an international competition to choose ideas for underground space development.

The result of the competition will serve as the basis for the adjustment of the underground space programming and to call for projects to develop underground spaces that come in line with plans to operate metro lines and key public passenger transport routes.

The population in HCM City is increasing and the space on the ground is becoming cramped. The research on using and programming underground space in the city began more than 10 years ago.

Ho Chi Minh City’s authorities are drafting design and construction plans for urban areas along the first metro route, which is slated to become operational at the end of 2021.

Commuters in Hanoi and HCM City willing to use metro: JICA survey

Hanoi and HCM City are willing to use urban railways once they are put into operation, according to a survey conducted by the Japan International Co-operation Agency (JICA) of more than 6,000 residents in the two big cities.