HCM City’s infrastructure development is focused on transforming the economy and making it services-based.

The city Department of Planning and Construction has submitted to the People’s Committee the 2020 – 2045 programme for developing industrial infrastructure. 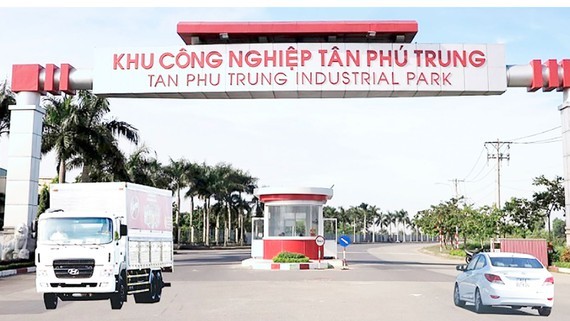 It seeks to make the city the country’s leader in terms of combining the services sector with infrastructure development and linking commerce with services and urban areas with industrial parks.

It calls for good transport connectivity between the city, its satellite urban areas and industrial parks located in nearby provinces.

It also envisages the construction of express railway and continuous traffic routes to the Mekong Delta and central region to reduce the pressure on HCM City.

It recommends building ring roads No. 3 and No. 4 by 2025, gradually creating links between industrial parks and satellite urban areas.

Several national highways will be upgraded, and infrastructure will be built in new and recently expanded industrial parks.

In 2025 – 2045 the city will focus on storage and logistics development and rail links between the city centre and satellite urban areas and between the latter and industrial parks and highways.

The city will also build infrastructure to develop logistics and the southern key economic region, with a focus on the No.5 ports cluster (HCM City, Dong Nai and Ba Ria – Vung Tau), to help develop services for businesses that use ports.

The plans for developing industrial parks will be integrated into the city’s socio-economic development plan, with those struggling with land compensation and other issues left out.

Existing ones will focus on hi-tech infrastructure development, the digital economy and housing policies for workers.

Minister of Planning and Investment Nguyen Chi Dung appreciated the contribution and trust from the business community as one of the motivations for the Government to lead Vietnam to good growth amid the pandemic.