The Vietnamese government has decided to resume rice exports, but the debate continues about whether the country should continue to do so.

The General Department of Customs (GDC) reported that Vietnam exported 929,000 tons of rice in the first two months of the year, worth $430 million, an increase of 40 percent in both volume and value compared with the same period last year. 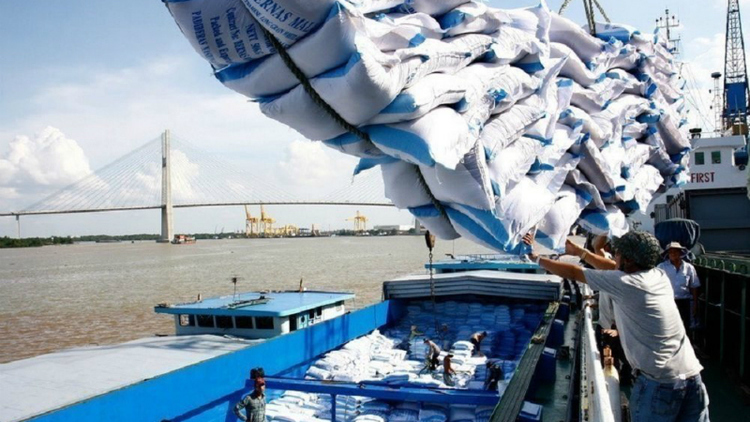 China alone bought 66,000 tons of rice, worth $37 million, from Vietnam. The country also increased the imports from Cambodia, 101,345 tons, which accounted for 44 percent of Cambodia’s total exports.

Deputy Minister of Industry and Trade Tran Quoc Khanh on March 25 said at a meeting with the local press that countries have increased purchases of rice to hoard up. The exports to one market soared by 7 times.

“If Vietnam continues to export rice with the sharp increase seen in the first two months of the year, it may face a shortage of rice for domestic consumption,” he said.

Therefore, the decision by the government of Vietnam to resume exports has raised worries, though only 800,000 tons will be exported in April and May.

Experts and businesses continue to argue about whether to continue exporting rice.

Vo Tong Xuan, the leading rice expert in Vietnam, said China rushed to buy rice from Vietnam in the first months of the year because the country bargained the stockpile away last year.

China has to import rice in large quantities because its rice output is estimated to decrease by 1.8 million tons this year to 146.7 million.

“If the government doesn’t allow Vietnam’s enterprises to export rice, importers may sign contracts with Thai exporters. If so, the opportunity will be missed,” Xuan said.

Nguyen Lam Vien, chair of Vinamit, also thinks it would be better to allow enterprises to export rice, because the rice supply will be supplemented in 3-4 months.

He said that natural calamities such as drought and saline intrusion have not had a big impact on rice production, because the stricken areas are not strategic rice growing areas, which only make up 2 percent of total area.

Deputy Prime Minister Trinh Dinh Dung requested to provide 100,000 tonnes rice from the May quota to rice exporters that have goods stuck at ports.

Deputy Prime Minister Trinh Dinh Dung on April 20 ordered advancing the export quota of 100,000 tonnes of rice from that set for May in order to ease difficulties for firms that have rice stuck at ports but are unable to submit customs declarations.