The warning about risks of funding BOT (build-operate-transfer) projects given two years ago is becoming a reality.

The State Bank of Vientam (SBV) Governor Le Minh Hung has expressed his concern about the VND53 trillion worth of outstanding loans to BOT projects, which bring bad debts. 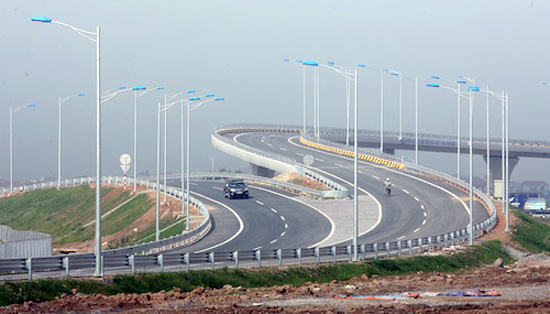 Prior to that, a report showed that by September 20, 2019, the outstanding debt had increased by 8.4 percent. This means that the credit growth rate increased from 8.4 percent to 9.4 percent just within 10 days.

Considering the growth rate of 13.89 percent in 2018 and the targeted economic growth rate in 2019, SBV projected a 14 percent credit growth rate this year.

As of September 2019, the credit provided to fund BOT and BT transport projects had increased by 1.85 percent, accounting for 1.4 percent.

Many projects have been put into operation and their revenue is lower than initially planned. This means that the amount of VND53 trillion worth of loans provided to the projects would have to be restructured as it brings bad debts.

In fact, the risks in funding BOT projects have been anticipated. In 2017, SBV sent dispatches warning commercial banks against funding BOT and BT projects. In many cases, the investors only have 10-15 percent of capital and have to rely on bank loans to implement the projects.

A report released two years ago showed that the four biggest BOT project funders were BIDV, Vietcombank, VIetinBank and SHB, which accounted for 91 percent of outstanding loans. Of these, VietinBank and Vietcombank had very high BOT credit growth rates.

Meanwhile, the recent updates showed that by the end of July 2019, the outstanding loans to BOT projects had reduced to VND99 trillion. The figure is expected to decrease further as the central bank has requested credit institutions to control the funding to BOT and BT projects. Up to 30 percent of projects have revenue that is not high enough to pay bank debts.

The other risk that banks have to face is that transport projects implemented under the BOT mode have the long life cycle of 15-20 years, while bank capital is mostly short-term.

Bui Duc Thu, a member of the National Financial and Monetary Advisory Council, also commented that the risk is visible. He said banks, when funding BOT projects, have to pour big amounts of money there, and have to glean every small change, because the projects will only be able to take back investment capital after 20-25 years.

Financing for BOT projects in Vietnam on ice

Vietnam has closed its doors to international investors joining the Eastern Cluster of the North-South Expressway initiative, catering to domestic groups only.

The Government's website (baochinhphu.vn) recently published an interview with Dr Tran Chung, President of the Association of Private Investors in Road Transport, on strong and weak points of BOT projects in Vietnam.