In Vietnam, Nhat Cuong and other chains belong to the second-tier group of distributors which sell both official and unofficial imported products, the two segments in the Vietnamese distribution market.

The official market is understood as products imported through official channels and mostly distributed by authorized resellers, while the latter comprise products brought to Vietnam through many kinds of unofficial ways. 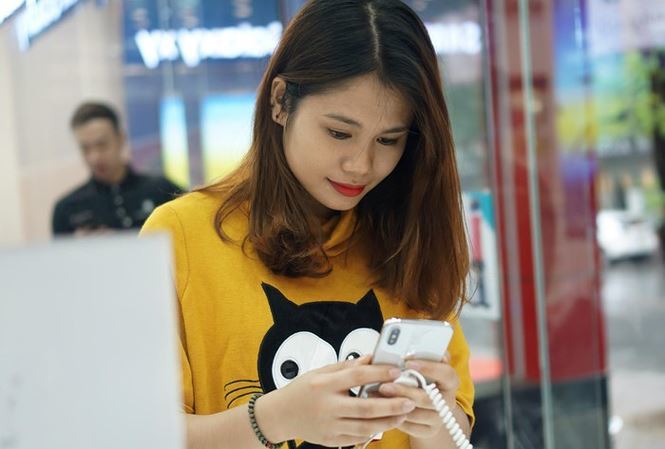 The official market is controlled by The Gioi Di Dong (Mobile World) and FPT Shop. A survey of GfK found that the Vietnamese market is worth VND100 trillion, of which the two companies hold 70 percent of market share.

In 2018, The Gioi Di Dong stated that one out of every two smartphones sold in Vietnam was from their chain. FPT Shop held 18-20 percent of market share and succeeded with the distribution of valuable products such as iPhone.

The remaining 30 percent market share is divided among other large retail chains, including Nguyen Kim and Vien Thong A, which has been bought by Vingroup, VinPro+, and mid-tier sales agents, including Nhat Cuong, and tens of thousands of small private shops nationwide.

The current market situation is different from five years ago, when private shops held 40 percent of market share.

The market segment of unofficially imported products is more complicated.

In the past, private shops mostly gathered products from Hong Kong and China, the two major sources of supply, or from Mong Cai border gate in Quang Ninh province. But in recent years, the trade has been going more easily.

Phone dealers contact private shops and offer products they have. The only thing the shops have to do is choose the products and how many they want to acquire for sale.

Previously, there were numerous products for private shops to choose from, including iPhones to Android products bearing LG, Sony and Xiaomi brands. But at present, iPhone is the only product, because it is the best selling model.

Though the mid-tier distribution chains are much smaller than The Gioi Di Dong and FPT Shop with just tens of shops for each chain, the number of products they sell are not small and they have a voice in the market.

Regarding small private shops, The Gioi Di Dong estimated that there are no less than 10,000 ships of this kind, but the number is decreasing as many of them have had to shut down amid the stiff competition with bigger players in the context of market saturation.