Within five years from the day the FTA takes effect, Vietnam pledges to consider European credit institutions’ proposals to allow them to hold up to 49 percent of shares in two Vietnamese joint stock banks.

On February 12, 2020, the EU Parliament approved the FTA between the EU and Vietnam – EVFTA. The agreement will take effect after obtaining ratification by the Vietnam’s National Assembly, slated for May 2020, and approval from the EC. 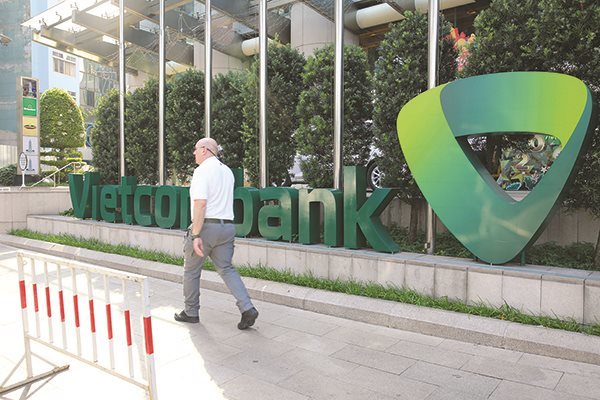 Under the agreement, European banks would have opportunities to hold up to 49 percent of shares in two Vietnamese banks, except the ‘big four’ - BIDV, VietinBank, Vietcombank and Agribank, where the state holds controlling stake.

Vietnamese banks are still undergoing restructuring, and therefore, their demand for finding foreign strategic shareholders and foreign capital is very high. In such conditions, EVFTA will bring more opportunities to Vietnamese banks to seek foreign partners.

Foreign capital has flowed to the Vietnam’s banking sector in the last few years. However, the capital is mostly from Asia, especially Japan, South Korea and some Southeast Asian countries. Only a few European names can be found in the list of banks’ foreign strategic shareholders.

French BNP Paribas invested in OCB in 2007, but left in early 2018. Societe Generale was once the strategic shareholder of SeABank in 2008, but withdrew its capital in early 2019.

Deutsche Bank Aktiengesellsfchaf was a strategic shareholder of Habubank in 2007, but since Habubank merged with SHB, the German bank’s ownership ratio in the new bank has dropped to below 5 percent.

Under the EVFTA, the 49 percent ownership ratio is only applied to two banks. However, Thoi Bao Kinh Te Sai Gon commented that if things go smoothly, state management agencies may consider opening the banking sector more widely by allowing European investors to hold up to 49 percent of shares in more than two banks, or lifting the foreign ownership ratio limits in the remaining banks.

Experts said that with EVFTA, Vietnam’s banks not only can attract capital from the EU, but they will also have the opportunities to increase their presence in the EU.

At present, only a few Vietnam’s banks have networks in Europe. VietinBank opened a branch in Germany in 2011. BIDV has representative offices in Russia and the Czech Republic. Vietcombank has offices in France and Russia.

Electronics, seafood and garment industries to benefit the most from EVFTA

Vietnam is the second country in Southeast Asia, following Singapore, that has signed an FTA with the EU.

The EU-Vietnam Free Trade Agreement and Investment Protection Agreement raise many hopes for all of Vietnam’s economic sectors.