E-hailing apps rush to add payment apps to their services

E-hailing apps, after a period of focusing on their core business field of carrying passengers, have begun seeking other business opportunities, Thoi Bao Kinh Te Sai Gon reported. Most of them are offering an e-payment service.

On August 5, the Gojek app became officially operational in Vietnam, which also marked the end of the mission of GoViet brand in Vietnam after two years of presence in the market. 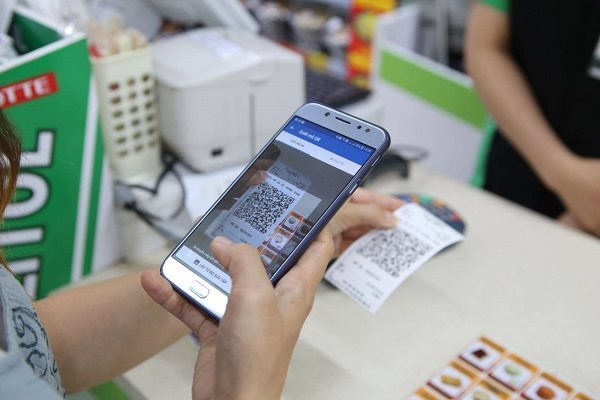 On this occasion, CEO of Gojek Vietnam Phung Duc Tuan revealed that Gojek would focus on three major services in the time to come – passenger transport, goods delivery and payment. Of this, online payment (integrating e-wallet into the app), which is still lacking in Gojek’s ecosystem, will be the center of development.

Grab, the biggest rival of Gojek, began integrating the payment function into its app – Moca e-wallet – in late 2018.

Gojek, which was one step behind Grab, decided to speed up the process by joining hands with PayPal to provide services instead of developing an e-wallet itself.

Analysts say that this is a key strategy for foreign e-hailing brands such as Gojek and Grab, and domestic brands such as Be and FastGo to consolidate their service ecosystems.

In the home market of Indonesia, Gojek provides more than 20 services on the same app platform. However, the integration of services into GoViet was relatively slow, which made it difficult to compete with rivals.

However, after receiving investments from a series of big companies, including Facebook, Paypal, Tencent and Google, Gojek decided that integrating payment service must be done after the restructuring in Vietnam.

Gojek’s major rivals in the e-hailing sector in Vietnam such as Grab, Be and Fastgo all have integrated e-wallet into their services.

Two years ago, Grab began its payment method via Moca e-wallet which quickly helped the brand to be among six e-wallets with largest market share in Vietnam.

Earlier this year, Be joined forces with SmartPay e-wallet, while FastGo began giving support in non-cash payment via Vimo. Meanwhile, food ordering apps such as Baemin and Now offer other non-cash payment options.

A report from Standard Chartered Bank on cash digitization in ASEAN published in 2019 says that the Southeast Asian market has ideal conditions to deploy e-payment services. The average cash use rate in the region, not including Singapore, was 47-65 percent before Covid-19.

A report from Adsota released last February also pointed out that Southeast Asia has two countries listed among the world’s biggest smartphone markets – Vietnam and Indonesia. This helps Southeast Asia become busier with investments in fintech in general and digital payment in particular.

Merger could tip scales in ride-hailing

The two local ride-hailing platforms be and FastGo could negotiate a merger to break the dominance of Grab in Vietnam.

Almost one-third of ride-hailing drivers in Vietnam have had a road accident, with an astounding 80% attributing the cause to their own risky driving, according to new research.