E-commerce workforce downsized due to COVID-19 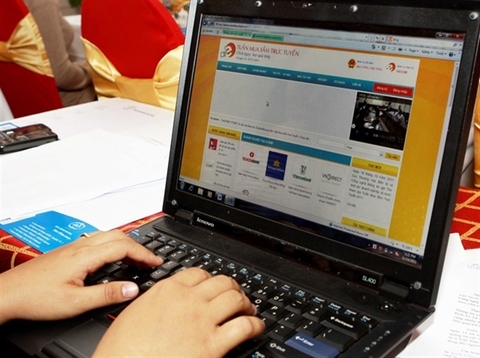 The decline was partly due to the great impact of the COVID-19 pandemic and financial pressure, hence firms cut their workforces and spread employees across multiple roles to remain operational through difficult times.

In terms of enterprise size, the percentage of small and medium enterprises (SME) with e-commerce specialised employees is only half of that of large enterprises.

Arts - entertainment and information - communications are the two sectors with the highest proportion of employees specialised in e-commerce, accounting for 45 per cent and 42 per cent respectively among surveyed enterprises, followed by finance - banking - insurance (38 per cent) and professional - science - technology activities (31 per cent).

More businesses have struggled to recruit skilled workers in e-commerce and IT over the past three years, said VECOM. Promoting both formal and informal training of specialised human resources was a major issue, it said.

Website and e-commerce floor administration is still the skill enterprises are most interested in, with 46 per cent of firms reporting difficulties in recruiting workers with those skills.

The report also revealed the proportion of enterprises with a mobile version of their website had not changed much compared to previous years.

Most enterprises no longer choose to build a separate website for the mobile version, instead, they choose a solution to build a new website with technology that automatically adjusts the interface compatible with different platforms such as computers, tablets and mobile phones, it said.

Unlike a mobile version website, building applications on enterprises’ mobile platforms requires a higher level than on a normal website.

For consumers to download, install and use applications regularly, it requires a variety of relevant solutions, products and services that satisfy their different needs.

The concept of a 'super app' was brought into the scene last year, referring to the advantages of applications that provide an ecosystem for mobile consumers, this topic was also discussed at the VECOM 2020 Ecommerce Review Forum.

The survey showed the proportion of enterprises that had sales applications on mobile devices increased slightly in 2020 from the previous year.

For many years, Android has been the top platform for enterprises when building sales applications on mobile devices.

Last year, 75 per cent of enterprises said that they prioritise building applications on Android platforms (an increase of 5 per cent compared to 2019), followed by iOS platforms (48 per cent) and Windows (37 per cent).

“It's time for businesses to make changes to add even more value to their mobile version applications and websites for consumers,” said the report. — VNS

Experts: E-commerce to grow solidly in 2021

Vietnam’s e-commerce market will maintain its solid growth trajectory this year, analysts said at a ceremony announcing Vietnam’s E-Business Index within the framework of the Vietnam Online Business Forum on Tuesday.

Online sale apps are spending big money on promotion campaigns to retain consumers, but the money seems to have been spent in vain.