Trade fraud and large-scale smuggling in the last two years have led to closure of than one-third of sugar mills in Vietnam, and many sugarcane fields have been left uncultivated.

According to the Vietnam Sugarcane and Sugar Association (VSSA), Vietnam has 40 sugar production and trading companies. 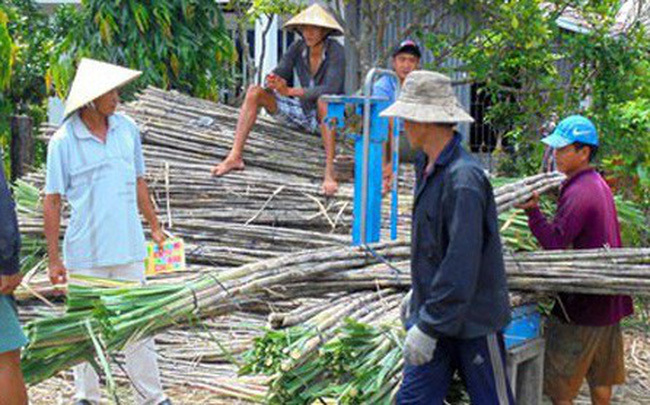 The total sugarcane growing area has decreased by 30-60 percent compared with the years before. The lack of input materials forces sugar mills to operate at moderate level. While the production cost is VND7 million for every 1,000 square meter, the revenue is just VND3-4 million.

As a result, farmers have incurred big losses. In many areas, farmers have given up sugarcane cultivation because the more they farm, the higher losses they incur. Many of them have shifted to other crops or to aquaculture.

A report shows that 17 out of 30 sugar mills have incurred losses.

Meanwhile, under ATIGA (ASEAN Trade in Goods Agreement), from January 1, 2020, Vietnam will remove the quotas for sugar import from ASEAN and cut the tariff to five percent.

In the context of the sugar industry bearing pressure from trade fraud and increased smuggling, the implementation of ATIGA will increase pressure.

“Trade fraud and smuggled sugar from Thailand have caused big losses to the sugar industry for a long time. One third of sugar mills in Vietnam have shut down and many sugarcane fields have been left idle because of losses,” said Truong Van Ba from the 389 National Steering Committee.

In late October, the committee, coordinating the anti-smuggling and trade fraud effort, organized a conference in HCM City to discuss solutions to fight against smuggling and help sugar companies solve difficulties.

VnExpress on November 2 reported that thousands of hectares of sugarcane in Hau Giang province were drying out, but they still could not sell.

Ly Thi Hien, 68, in Phung Hiep district, who has 2,000 square meters of sugarcane field, said she had to bargain sugarcane away at the low price of VND400,000 per ton to petty merchants and incurred a big loss of VND6 million.

The smuggling of sugar through the southwest border line is getting worse. Ba said sugar is brought to Vietnam mostly from Thailand and Cambodia.

At the conference, sugar mills said they don’t fear competition in ATIGA, but they need the state’s support to prevent smuggling and counterfeit goods, so that they can compete with foreign goods in the home market.

A sugarcane producer in the Mekong Delta province of Hau Giang has been ordered to pay VND700 million (US$30,000) in fines for causing pollution in a local river.

Currently, the country still has about 650,000 tonnes of sugar on inventory, the industry's highest so far, resulting in 17 out of 36 sugar production factories losing money.