Airlines continue ordering aircraft in their ambitious plans to expand their fleets, betting on the recovery of the market after the pandemic ends.

The aviation sector has suffered the most in the Covid-19 crisis, with airline losses up to tens of trillion of dong. 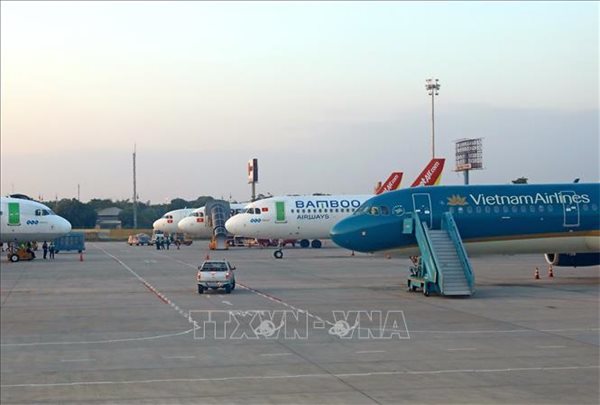 Air carriers have no passengers at this moment, but they have to pay for parking lots and expenses to maintain operation.

The initial losses caused by flight reductions for Vietnam’s air carriers and land management agencies may total VND10 trillion, according to a Civil Aviation Authorities of Vietnam’s (CAAV) report.

While waiting for the epidemic to containe, airlines are drawing up plans to expand their fleet.

At a dialogue with Hanoi authorities recently, Vietnam Airlines revealed a plan to come back to the market.

The national flag air carrier surprised many people when presenting the plan to accelerate the purchase of 50 more aircraft with the estimated total investment capital of $3.8 billion.

The plan has been put forward when 100 out of its 106 aircrafts are lying idle in the epidemic. It its financial report released some days ago, Vietnam Airlines said it planned to sell five aircraft and divest from Cambodia Angkor Airways.

Some analysts also think that Vietnam Airlines can buy aircraft at good prices at this moment, when many air carriers have canceled orders.

Airlines had to wait 3-4 years to get aircraft deliveries if they placed orders two months ago. If they order now, they will get deliveries soon.

However, analysts warned that buying more aircraft will cost a huge amount. The carrier estimates a loss of VND19.651 trillion in 2020.

The difficulties faced by Vietnam Airlines, can be seen in the letter from Thanh to Vietnam Airlines staff. He wrote that it may take five years to offset the losses incurred, if the airline can do business well in the post-epidemic period.

Bamboo Airways will expand the fleet, striving to have at least 40 airplanes by the end of 2020, and continue implementing the plan to have 50 aircraft in the future if travel demand recovers more than predicted.

Temporary cessation in approval of new airlines in Vietnam

The MoT proposed to halt the establishment of new airlines, with new applications considered only once the aviation market rebounds to a normal state.

Vietravel Airlines plans to take off in early 2021

Vietravel Airlines, belonging to Vietravel - one of the country’s largest tour operators - plans to launch its first flight early next year.