About 60-70 Chinese businesses have come to Vietnam to set up legal entities and provide loans at exorbitant interest rates under the names of Vietnamese businesses, according to Nextech president Nguyen Hoa Binh.

One just needs to search for ‘vay tien online’ (online lending) to find many online lenders with Chinese origin. 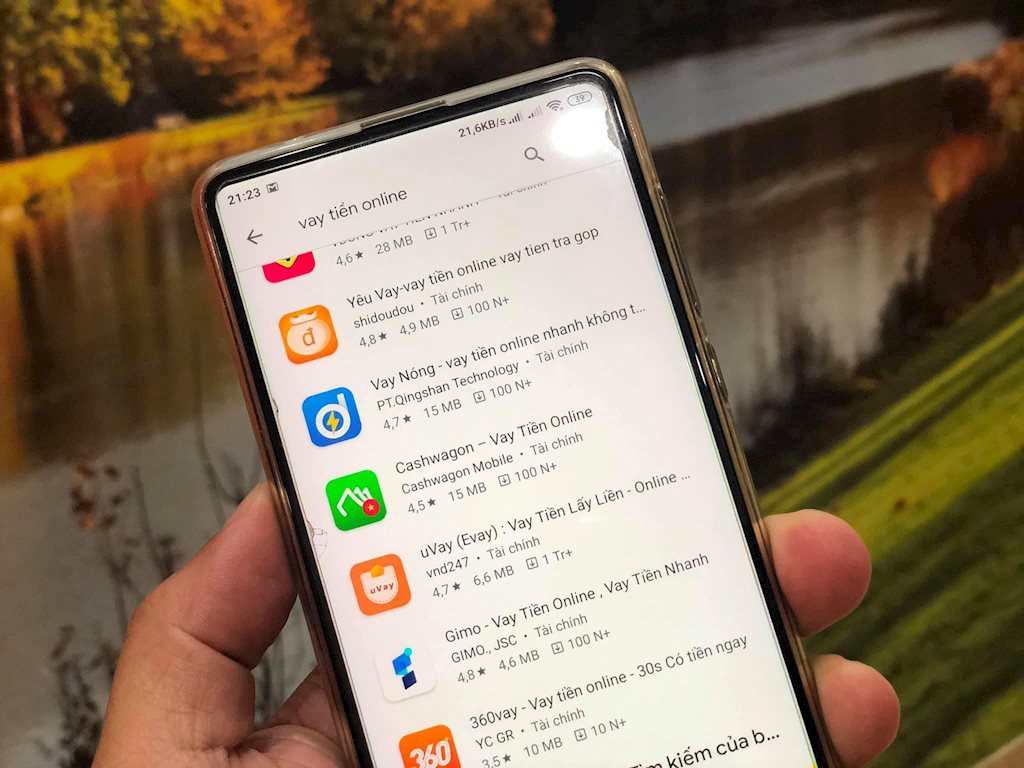 All the apps are shown with an interface in Vietnamese language.

In late 2019, HCM City Police began investigating ‘lending at high interest rates in civil transactions’ carried out by Chinese subjects in HCM City and other cities and provinces throughout the country.

The very high lending interest rate was 4.4 percent per day, or 1,600 percent per annum. All the transactions between lenders and borrowers were carried out via internet and mobile phones.

If borrowers did not pay debts on schedule, the lenders called debtors’ relatives on their friend lists, humiliating, demeaning and pressuring borrowers to force them to pay debts.

The police found that many foreigners established foreign companies but in Vietnamese names, because they had hired Vietnamese people to act as legal representatives.

The police said this was a type of black credit implemented with new sophisticated tricks.

The people who wanted to borrow money had to download one of these three mentioned apps to their mobile phones. Borrowers had to provide personal information, images of identity cards and bank account numbers. They also had to choose ‘agree’ when filling in the e-lending contract which said borrowers agree to allow the app to access borrowers’ contacts on mobile phones.

If borrowers can satisfy the requirements set by lenders, they will receive the money they want to borrow several minutes afterwards, via the bank accounts they were provided, without having to meet the lenders.

With ‘Vaytocdo’, one can borrow VND1.7 million for the first time, but receive only VND1.428 million, because the company collects VND272,000 in service fee. After eight days, payment is VND2.040 million, including VND1.7 million in principal and VND340,000 in interest.

The deputy director of a joint stock bank said the majority of shareholders of online lending companies are from ‘black credit’.

“I know many P2P companies in Vietnam belong to Chinese owners, though they are registered as Vietnamese,” he said.

“They (Chinese owners) hire Vietnamese people to register businesses and hire gangs to chase borrowers to collect debts. They pocket big money and never show their faces,” he said.

A director of fintech told VietNamNet that since the Chinese government has tightened control over the P2P market, Chinese P2P companies have flocked to Vietnam to do business.

The State Bank of Vietnam (SBV) has issued a document requesting credit organisations and branches of foreign banks to expand credit activities serving production, business and consumption as part of efforts to limit “black credit”.

Internet users are often bombarded with attractive advertising, offering loans in five minutes, no mortgage, no lender fees and no commission.