A currency war could break out among a number of countries, Nguyen Tri Hieu, a finance expert told the press recently.

In the past week, the world has witnessed a successive events that can have a big impact on the global economy. 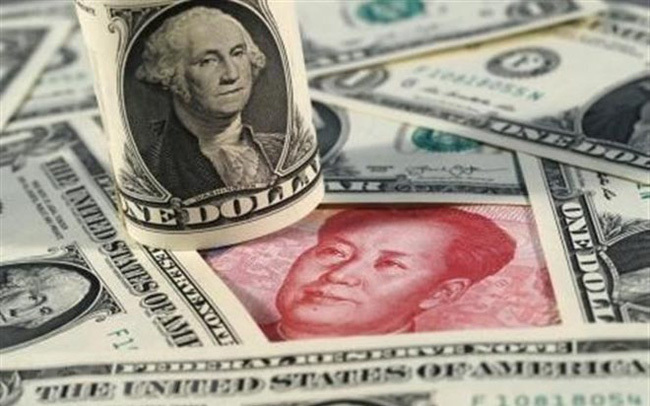 On August 1, the US FED decided to slash the prime interest rate by 0.25 percent to 2-2.25 percent. This was the first interest rate cut from the agency since the world financial crisis in 2008.

Also on August 1, the US announced the imposition of the 10 percent tax on $300billion worth of imports from China, pushing the US-China trade war to a new level.

On August 5, the Chinese yuan value fell to an 11-year low. This was the first time since 2008 the currency has fallen from the important US$1= 7 yuan threshold.

The Chinese yuan is predicted to be weaker in 2020 when the Chinese administration changes the strategy to deal with the US in the trade war.

The US Fed thinks it is the right time to raise interest rate to control inflation.

However, with pressure from the White House, FED had to cut the interest rate by 0.25 percent, which will make the value of the dollar decrease and loans cheaper, and help pump money into circulation and support exports.

The depreciation of the dollar will have an impact on Vietnam. Hieu believes that when the US dollar value decreases, this will help ease pressure for devaluation and increase dong stability. This means that Vietnam’s economy would reap positive results.

“The FED’s move on slashing interest rate will facilitate Vietnam’s plan to ease interest rate. The government of Vietnam wants banks to lower the lending interest rates applied to some priority business fields,” he said.

However, the other events are not good for Vietnam, according to Hieu.

The devaluation of the Chinese yuan is seen by Hieu as counter-attack to Trump’s decision on levying $300 billion worth of products from China.

The move will put pressure on Vietnam. When the Chinese yuan depreciates and Vietnam dong value remains stable in comparison with the dollar, this means the Chinese yuan will lose its value against the dong. This will pave the way for more Chinese goods to enter Vietnam.

“This would create unfavorable conditions in trade between Vietnam and China as Vietnam’s deficit in trade with China may increase,” Hieu said.

China’s yuan (renminbi) has remained above the sensitive level of seven to the US currency for the last three days, hinting that trade friction between the US and China is entering a dangerous phase.

In an effort to encourage exports in the context of the trade war, the Chinese central bank PBOC has set the yuan/US dollar reference exchange rate at 6.8365 yuan per US dollar, the lowest level since January 2019.