Commercial banks have slashed the deposit interest rates by 0.25-0.5 percent per annum as credit growth continues to be sluggish. 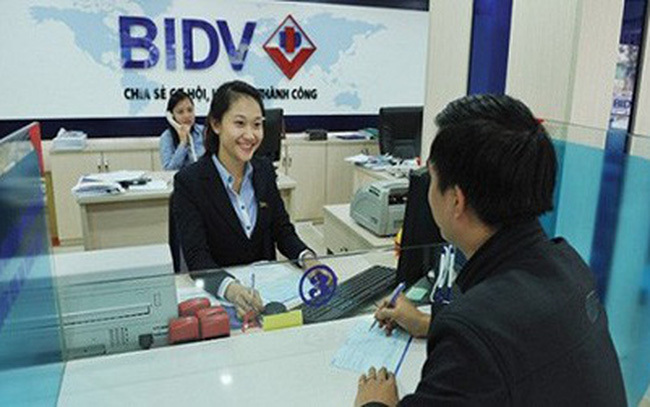 Agribank and VietinBank, the other two in the ‘big four’ banks, have also cut interest rates.

As for Nam A, though the bank has made a similar move, its interest rates remain relatively high, 7.1-7.2 percent per annum, applied to 12-month and longer term deposits.

According to Tuoi Tre, some small joint-stock banks which previously offered the high interest rate of 8 percent for long-term deposits, now apply an interest rate to 13-month deposits worth VND500 million or higher.

Since the input capital cost has decreased, banks have also slashed lending interest rates as well.

BIDV said on July 1, it cut the lending interest rate by another 0.5 percent to help the economy overcome the difficulties caused by Covid-19.

As such, the bank has on three occasions eased the lending interest rates by 2.5-3 percent this year.

Analysts said the 0.5 percent is a sharp cut for state-owned banks because these banks always set interest rates lower than the average rate of the whole banking system.

Vietcombank has not made an announcement about interest rate cuts since the beginning of July, but the bank is running a program on reducing the interests payable, which lasts from May 15 to July 31.

It is expected that 85,000 borrowers with total outstanding loans of VND64 trillion will be the beneficiaries from the program.

Vietnam’s credit growth is forecast to slow to only 8 percent in 2020 from 13.7 percent last year due to a sharp slowdown in economic activity amid the COVID-19 pandemic.

Not putting high hopes on the interest rate cuts made by the State Bank of Vietnam (SBV) recently, the market is still waiting for a bailout to cover all business fields.