The Civil Aviation Authority of Vietnam (CAAV) plans to build Quang Tri Airport in Quang Tri province, but experts disagree with the idea.

Quang Tri Airport located in Gio Linh district, 7 kilometers north of Dong Ha City as designed by CAAV, would be a 4C airport for civil purposes and second class airport for military activities. 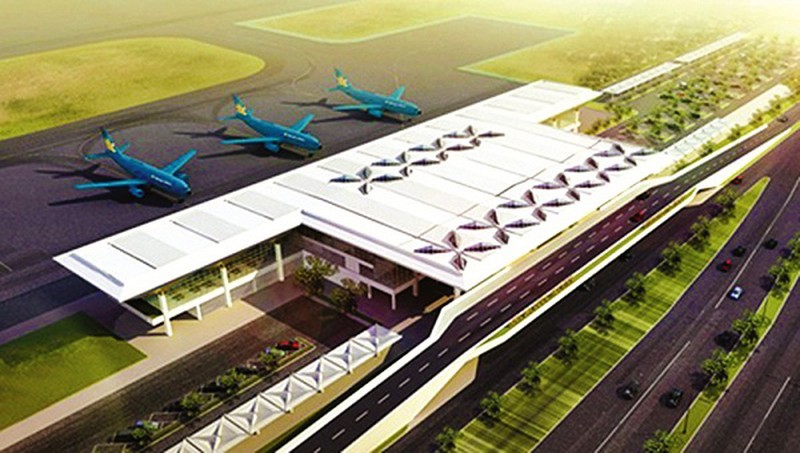 Quang Tri Airport, covering an area of 594 hectares, would serve passenger and cargo transportation for both civil and military uses. The project is estimated to cost VND8.014 trillion and the capital would be sourced from the state budget, businesses and investors under the PPP mode.

If Quang Tri is built, it would be 93 kilometers away from Dong Hoi Airport in Quang Binh and 88 kilometers from Phu Bai International Airport in Thua Thien – Hue.

“Why do we have to build an airport if we don’t need to use it and it will be financially ineffective?” he said.

Tong said that air travel demand in Quang Tri and neighboring provinces in the region is very low, and therefore, there is no need to build airports.

He believes that people will not travel by air if they want to go from Phu Bai to Dong Ha in Quang Tri, because the highway there is very good. It would better if local authorities paid attention to developing roads and railways to connect Quang Tri and Phu Bai Airport.

“It takes 1.5-2 hours only to go from Quang Tri to Phu Bai Airport by road,” Tong said.

CAAV, as the corporation proposing the airport, needs to calculate if the total daily or weekly number of passengers who want to fly from Quang Tri Airport to other airports in the country is high enough to arrange one flight.

Quang Tri – Tan Son Nhat and Quang Tri – Noi Bai are expected to be the busiest air routes if Quang Tri Airport is built. However, even the two air routes have low potential.

While disagreeing with the plan to build an airport in Quang Tri, Tong raised the idea of building a small airport for emergency cases.

Dong Nai plans to send officials to assist the Long Thanh District in speeding up site clearance, compensation and resettlement for households affected by the Long Thanh airport project  so that construction can begin next year.