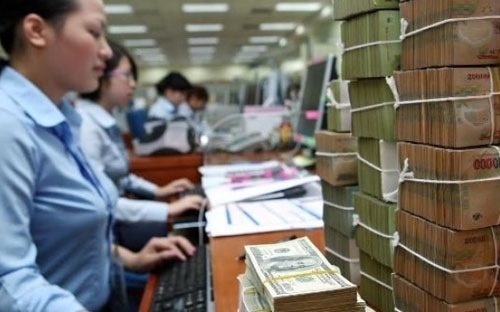 The outstanding achievement was the settling of the problems related to Habubank, which was admitted into SHB some years ago, thus successfully reducing the bad debt ratio to 1.71 percent.

The bank saw total assets increasing by 14 percent to VND116.5 trillion by the end of 2020. Thanks to strict measures to control lending, the bad debt ratio was curbed at 1.44 percent. The other indicators are also good with ROA at 1.4 percent and ROE 16.5 percent.

VietinBank, one of the ‘big four’, had pre-tax profit of VND17.07 trillion. Its total assets increased to VND1,300 trillion by the end of 2020, up by 8.1 percent. The result was very encouraging if noting that VietinBank slashed lending interest rates in 2020 to support enterprises suffering from Covid-19.

Other commercial banks have also reported satisfactory business results, including Military Bank (MB) with the pre-tax profit of VND10.7 trillion (up 6.5 percent) and the post-tax profit of VND8.262 trillion. Its bad debt ratio was low, 1.09 percent of outstanding loans.

As for BIDV, though its profit decreased because of higher provisioning, the pre-tax profit was still high, VND9.214 trillion.

On February 1, CTG shares of VietinBank saw the price increase by VND1,500 to VND32,000 per share, despite the VN Index decrease of 21 points.

In late 2020 and the first half of January 2021, the bank share prices increased continuously. As of mid-January, the prices of many bank shares had increased by 50-90 percent compared with early 2020.

Vietnamese banks will only be allowed to issue chip cards from March 31, 2021, according to a State Bank of Vietnam (SBV) draft circular.