Nearly half of the transport BOT projects under the management of the Directorate for Roads of Vietnam (DFRV) report low revenue, with many of them incurring big losses.

Of 57 BOT projects the agency is managing, 27 projects have more revenue and 26 have lower revenue than the contracts. There is no figure about the remaining four projects as they have just been put into operation. 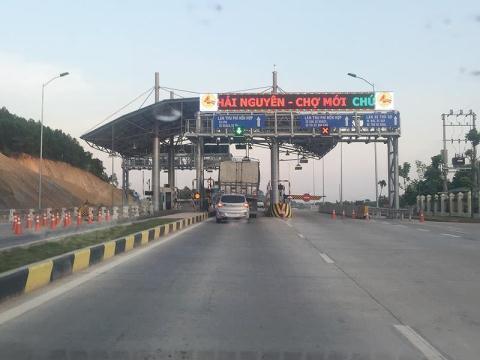 According to DFRV’s director general Nguyen Van Huyen, in many cases, the real traffic is lower than estimated, so the toll collected is lower than expected. Besides, the tardiness in putting toll collection stations into operation and the allocation of vehicles to parallel routes are also behind the unsatisfactory revenue.

Under the agreement signed between the Ministry of Transport and investors, the toll can be adjusted once every three years and the toll increased by 18 percent after approval from appropriate agencies.

Dau Tu newspaper quoted Nguyen Nhat, Deputy Minister of Transport, as saying that some BOT projects are due to raise the toll as initially agreed, but the ministry still cannot accept the increase because ofproblems.

The unsatisfactory business performance of some BOT projects has caused worries among commercial banks – the lenders in the projects.

A report of the State Bank showed that 32 percent of BOT projects which were completed and became operational have revenue from tolls lower than estimated, and the outstanding loans provided by banks to the projects are roughly VND43 trillion. This means that banks will see the bad debts increase.

Experts repeatedly warned about the limited financial capability of BOT investors. Many of them have the capital accounting for 10-15 percent of the projects’ total capital and have to borrow the other 85-90 percent of capital needed from banks to implement projects.

The supervision delegation of the National Assembly Standing Committee once warned of high risks. Banks use short-term capital to provide long-term, up to 20 year-term loans, thus incurring high risks.

The mortgaged asset of the loan is the right to collect tolls at the BOT project that connects Vo Van Kiet Road and the HCMC-Trung Luong Highway. The bank said it has brought the case to District 1 Court to fulfill the debt payment.

The project that connects Vo Van Kiet Road and HCMC-Trung Luong Highway, implemented under the BOT mode with the investment capital of VND1.55 trillion, kicked off in October 2015. The investor, Yen Khanh Production, Trade and Service Company, plans to implement the project within 20 months.

The Ministry of Transport’s role in BOT toll collection

Conflict of interest in BOT projects continues to be heady issue