Earlier this year, realtors received bad news that the State Bank of Vietnam (SBV) would pursue a policy on restricting the capital flow to the real estate sector.

It raised the risk coefficient for real estate project funding from 150 percent to 200 percent (some sources said it would be raised further to 250 percent), and reduced the ratio of short-term capital used for long-term lending from 45 percent to 40 percent. 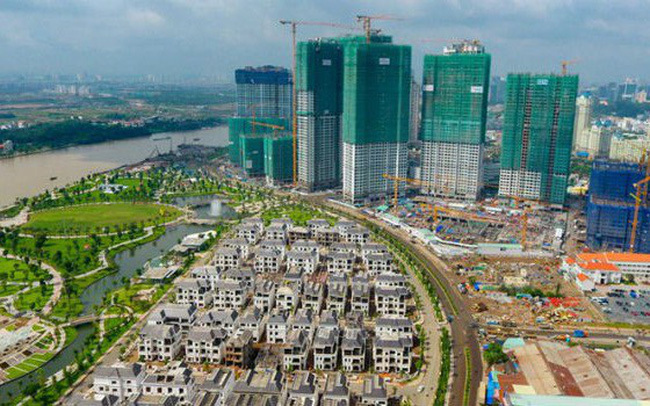 The figures show that bank capital keeps flowing into the real estate sector.

The Governor of the State Bank has said SBV would lift the credit growth rate ceiling, thus paving the way for bank capital to flow to every corner of the national economy.

“It is not true to say that the bank capital flow to the real estate sector has been blocked. In fact, the restriction has been applied only to some projects and some investors,” Tin said.

“The capital will continue flowing into the real estate market in the last months of the year, about 16-18 percent,” Tin added.

About the performance of the real estate market in the second half of the year, Tin said capital inflow will continue thanks to the GDP stable growth. The economy witnessed a 10-year high growth rate of 7.08 percent in 2018.

“I still cannot see any signs of decline,” he said.

Hien looked to buy an apartment in HCMC in from March to June and found the price had not decreased. He also went to Da Nang and saw the land price in the suburbs increasing.

Sharing the same view, Tin said the total transactions in the first six months of the year decreased by 34 percent, but the price hadnt decreased.

Many commercial banks have reported profits of trillions of dong in the first half of the year.

Credit quotas at banks close to running out mid-year

The demand for capital in the national economy usually increases in the second half of year. However, banks have nearly used up the credit quotas granted to them.