It is more than two months until the Lunar New Year, but now automakers have rushed to launch several promotional campaigns.

Depending on the model, each car has a discount from a few tens to hundreds of millions of Vietnamese dong, attached with many attractive gifts. 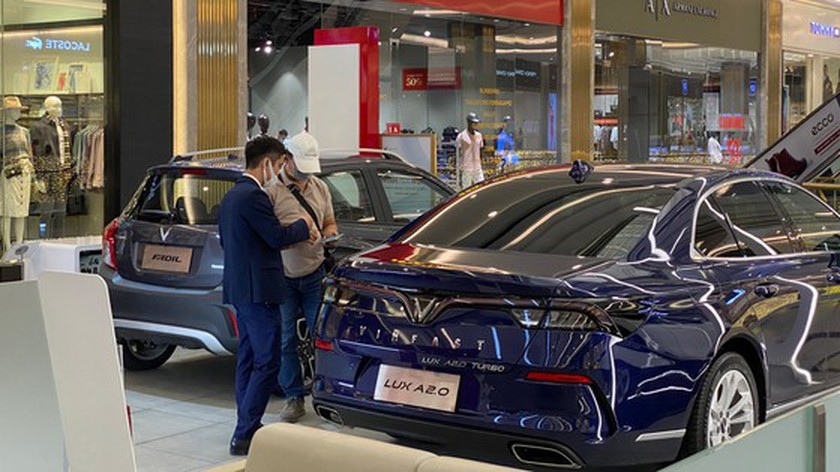 Many special offers to stimulate demand

Having the most impressive and attractive discount right from the beginning of December is the imported Subaru brand with the SUV Subaru Forester models. Specifically, the price of Subaru Forester i-L is listed at VND899 million, a decrease of VND229 million from the previous VND1.128 billion; that of Subaru Forester i-S is reduced from VND1.218 billion to VND1.029 billion, down VND189 million. Besides these discounts, Motor Image Vietnam, the exclusive distributor of Subaru vehicles and parts in Vietnam, also offers gifts, such as accessories and after-sales policies for customers, including free maintenance costs for the first 1,000 kilometers, on the occasion of the year’s end.

Similarly, Honda has introduced a policy that when customers buy the Honda CR-V model, they will be exempt from car registration fees, equivalent to a reduction of VND100 million-VND134 million. Currently, car registration fee rates are applied from 10 percent to 12 percent, depending on each province and city. The price of the Honda CR-V is ranging from VND998 million to VND1.123 billion. Or for VinFast models, customers who buy Lux A 2.0 and Lux SA 2.0 cars will enjoy the new prices after deducting the car registration fees and gratitude gifts, worth at VND80 million for VinFast Lux A2.0 and VND120 million for VinFast Lux SA2.0.

Besides discounts, many other special offers, such as gifts, warranty extensions, or loan support, are also carried out by many car manufacturers, namely Ford, Thaco, and TC Motor, for Mazda, Kia, Peugeot, and Hyundai models.

According to a report by the Vietnam Automobile Manufacturers Association (VAMA), total car sales in October this year reached 33,254 vehicles, an increase of 22 percent compared to the previous year. Of which, domestically- assembled cars reached 20,498 vehicles, an increase of 15 percent compared to last month. The data shows that car consumption in October has regained growth momentum after nine consecutive months of decline. However, the total car sales from the beginning of the year to the end of October still decreased by 18 percent compared to the same period last year. A representative of VAMA said that due to the impact of the Covid-19 pandemic, although the automobile market did not grow as high as the previous years, it did not decrease much.

The number of car buyers in the year-end season is relatively high. Thanks to the stable economic situation, the purchasing power has gradually improved. On the other hand, many car manufacturers have also launched new models, with prices suitable for the majority of consumers and promotions. Therefore, the year-end market promises to continue to be vibrant, Mr. Nguyen Trung Hieu, Head of the Policy Subcommittee of VAMA, said optimistically.

However, there is also an opinion that the auto market is vibrant because of the high shopping demand before the Lunar New Year. Moreover, the desire to benefit from a reduction of 50 percent in the car registration fees for domestically-assembled cars, which will end after December 31, has also urged customers to rush to buy cars. As for imported cars, at present, because trade activities between Vietnam and some countries are still interrupted, they become rare, leading to increasing prices.

Vietnam now has a new opportunity to develop its automobile industry. If the chance is missed, the country will become an automobile import market.