Many guaranteed projects may go bankrupt

The Ministry of Finance (MOF) in 2018 granted government guarantee to two power projects developed by EVN and PetroVietnam (PVN) with the total value of $1.6 billion.

The Government had to pay debts for many projects as the investors fell into insolvency.

According to MOF Minister Dinh Tien Dung, the state budget has only arranged money to pay interest, while the principal remains unpaid, so the debt is not safe. Vietnam has tightened control over foreign loans, but the efficiency of ODA and state funded projects remains questionable. 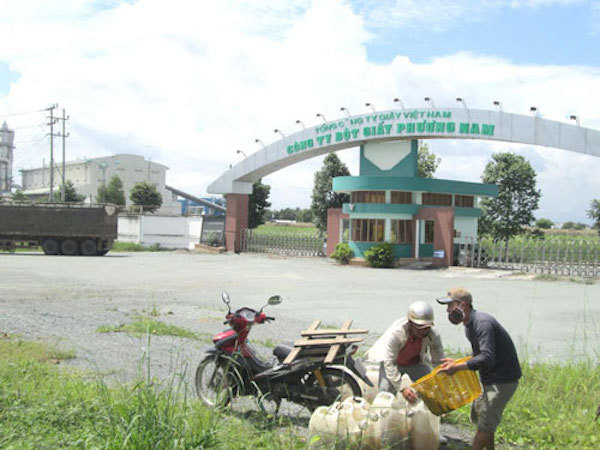 Deputy director of the MOF’s Department of Debt Management and External Finance Vo Huu Hien said: “Many domestic loans are going to become mature in 2020-2011. Besides, we will have to pay the principal of some ODA loans in 2020. This will increase the pressure on debt payment in the time to come.”

As an average income country, Vietnam will no longer be able to get preferential loans. It now has some loans with floating interest rates with high risks. Some guaranteed projects using foreign loans are unprofitable, and the government, as guarantor, has had to pay debts for investors.

Meanwhile, by the end of 2018, MOIT and the Vietnam Paper Corporation still has not finished the settlement of the assets of the mill to take back money.

Phuong Nam Pulp is one of 12 loss-making projects under the management of MOIT. The mill has been left idle for a long time and it was put into auction three times, but no investor showed interest in. In 2017, the government had to advance VND182 million to pay debts for the plant.

The PM has assigned MOIT to follow procedures to declare bankruptcy of the project, and liquidate its assets to take back money for the Accumulative Fund for Debt Payment.

The report on Vietnam’s 2018 public debts which has just been released by MOF showed that in 2018, the government acted as guarantor for the two power projects valued at $1.6 billion – expanded Vinh Tan 4 Thermopower, developed by EVN and Song Hau Thermopower1 by PVN.

Dinh Trong Thinh, a respected economist, stressed that agencies need to tighten control over the procedures of granting guarantee for the loans to implement public investment projects.

According to Hien, the granting of guarantee to the two projects was decided by the PM before the 2017 Public Debt Management Law took effect.

Local authorities in Quang Ninh Province has just suspended the construction of a textile factory project of China’s Texhong Co., Ltd. as they failed to complete legal procedures.

The long-term projects of a large scale and high quality are now on the focus.v

icon
Foreigners who choose Vietnam as their second home
icon0